The severity of hyponatremia in patients with cirrhosis is related to the severity of cirrhosis. In the pathogenesis, systemic vasodilatation plays a central role. These patients usually have a significant decrease in systemic vascular resection (SVR) and mean arterial pressure, and a significant increase in cardiac output. Blood tends to accumulate in the splanchnic area.

Factors that cause splanchnic vasodilatation may affect the kidneys, biphasic. In the early stages of the absence of ascites, dilating agents can also affect kidney vessels and cause increased GFR. As the disease progresses, the blood pooled in the splanchnic area decreases the blood supply to other areas and the mean arterial pressure decreases. As a result, renal blood flow is also reduced.
Increased Nitric Oxide (NO) and prostaglandin synthesis play an important role in vasodilatation in cirrhosis. NO synthesis may be stimulated by adsorbed endotoxins. Clearance of these endotoxins is impaired due to decrease in RES functions and portosystemic shunting.
The decrease in blood pressure detected by the baroreceptors activates the water and sodium-retaining neurohumoral mechanisms. These are RAAS, sympathetic nervous system and ADH.
The net effect is water and sodium retention. Despite extracellular sodium storage, the patient experiences a decrease in the effective arterial volume. Sodium retention will also result in ascites if salt restriction is not applied to the patient and diuretics are not given.
Water excretion of patients with cirrhosis before ascites development is usually normal. As the disease progresses, it gradually deteriorates. This is associated with increased secretion of ADH. A less important mechanism in the reduction of water excretion is the reduced renal blood flow.


The result is hypotonic hyponatremia.
Serum sodium level below 130 meq / L is associated with poor prognosis. If sodium falls below 125 meq / L, it may indicate a hepatorenal syndrome that will develop.


MELD scoring is used to predict mortality in patients who are waiting for transplantation. Adding serum sodium to this scoring (bilirubin, creatinine and INR) provides a better mortality prediction than MELD.
Treatment


In fact, hyponatremia does not give clear clinical findings unless the serum sodium level drops below 120 meq / L, which is only 1% of cirrhotic patients.
Patients who are scheduled to undergo liver transplantation within a short time should be treated if their serum sodium level falls below 130 meq / L (especially to prevent posttransplant osmotic demyelination).
In cirrhotic patients, there is no data on the elevation of serum sodium concentration by treatment to improve morbidity and mortality. In other words, if a person is not a transplant candidate, it is doubtful that he will benefit from aggressive sodium correction therapy. Of course, if there is neurological symptoms that can be attributed to hyponatremia, or if serum sodium concentration is below 120 meq / L, treatment should be done.
Serum sodium should be corrected to 4-6 meq / L per day and should not exceed 9 meq / L.
Water restriction
Although water restriction is a commonly used treatment, there is no data to support it.
As ADH, which is increased by systemic vasodilatation, also increases thirst, it can be a challenge for fluid restriction.

V2 selective blockers are tolvaptan, satavaptan and lixivaptan. Conivaptan, in addition to v2, buffers V1a.
As a result, great care must be taken when using Conivaptan in cirrhosis.

Tolvaptan increases liver function tests by up to 2.5 fold and worsens liver disease. It should not be used in patients with cirrhosis.
Demoklosiklin has been tried to treat hyponatremia of cirrhotic patient, but was not included in the treatment due to nephrotoxicity. The main cause of this nephrotoxicity is thought to be increased drug levels due to hepatic insufficiency.

Serum sale
It is suitable for use in cirrhosis with deep hyponatremia or in patients who are scheduled to undergo transplantation soon.

Serratia are gram-negative bacilli belonging to the enterobacter group. There are at least 15 species. The genus is composed of facultative anaerobic gram-negative rods. It is painted red. The strains obtained from the hospital are usually white-creamy stained and multiply well in standard incubators (35-37 ° C).
S. marcescens and other Serratia species do not secrete too many virulence factors and are considered opportunistic. They are mobile and can become adherents to the cell through the fimbrial exchange. S. marcescens can secrete several different hemolysins that are toxic to different cell types.
Serratia infections in humans are generally acquired from exogenous environment. People do not get infected from animals etc.  serratia are, in general, is directly gained from contacts with sources such as soil or water. Although serratia species are often associated with hospital outbreaks, epidemics outside the hospital are not very common. Outbreaks are defined as contamination of ready-made solutions that must be sterile as a fabrication defect.
Individually, hospital-acquired Serratia infection is not very common. The presence of an invasive device in the patient is an important risk factor for Serratia species acquired from the hospital. However, surveillance data indicate that Serratia is not predominant as device-associated infection pathogens. More often, it is necessary to focus on common resource outbreaks.
S. marcescens is a demonstrated human pathogen that can cause urinary tract infection, pneumonia and bloodstream infections. It may cause infective endocarditis in patients using intravenous drug. Rarely, skin and soft tissue infections, surgical site infections, even necrotizing fasciitis, osteomyelitis, septic arthritis have been described.
CNS infections are usually associated with ventriculoperitoneal shunting, lumbar puncture, or spinal injections. Meningoencephalitis has been reported in newborns.
Serratia species affect the eye more often than other regions. According to some studies, Serratia is the most common cause of hospital-acquired ocular infection following P. aeruginosa. Ocular involvement may be in the form of conjunctivitis, keratoconjunctivitis, corneal ulcers and keratitis. Serratia-induced endophthalmitis is uncommon, but its long-term outcome may be poor.
Serratia species are naturally resistant to ampicillin, amoxicillin, ampicillin-sulbactam, amoxicillin clavulanate. Likewise, it is resistant to narrow spectrum cephalosporins (such as cefazolin), cephamycin, macrolides, tetracyclines and nitrofurantoin. AmpC can also produce broad-spectrum beta-lactam resistance by producing beta lactamase. ESBL production and carbapenemase production are also described.
Serratia species are susceptible to a series of antibiotics such as fluoroquinolones, aminoglycosides, trimotoprim-sulfamethoxazole, piperacillin-tazobactam, ticarcillin-clavulanate, 3rd and 4th generation cephalosporins, aztreonam and carbapenems.

Leflunomide, when taken orally, is rapidly absorbed and transforms into the active form of teriflunomide.                          Türkçe
The major effect of teriflunomide is inhibition of ribonucleotide uridine pyrinamide (rUMP) synthesis.
Leflunomide reduces rUMP synthesis by inhibiting dihydroorotate dehydrogenase, a mitochondrial enzyme.
Thus, active cells cannot pass from the G1 phase to the S phase by activating the p52 pathways of apoptotic selection.
Those who prefer to give a loading dose of 100 mg / day for 3 days have not been shown to be superior to start with a dosage of 20 mg / day without loading. Moreover, loading is accompanied by more side effects.
The serum half-life of leflunomide is approximately 15 days. Leflunomide enters enterohepatic recirculation. It is equally eliminated from the kidneys and GIS. Drug clearance is about 38% higher in smokers.
Plasma levels of the active metabolite are potentially risky for pregnancy as they can last up to 2 years at levels of 0.02 mg / L. The cholestyramine can be used for rapid clearance of the drug.
Biological effects
Leflunomide inhibits adhesion to vascular endothelial cells of leukocytes. Thus preventing the homing of leukocytes to the synovial endothelium.
Leflunomide has selective activities on some self-reactive lymphocytes such as Memory T cells.
Teriflunomid dentritik hücre fonksiyonlarını bozmak suretiyle antijen prezentasyonunu bozmuş olur.
Leflunomid, lenfositlerin ve Tip 1 sinoviyositlerin sinoviyayı infiltre etmesini anlamlı şekilde azaltır.
Teriflunamide blocks the proinflammatory consequences of NF-kappaB depending on the dose and time, blocking the two steps necessary for the activation of NF-kappaB.
Teriflunamide inhibits protein tyrosine kinases Jak1 and Jak3. These kinases increase T cell stimulation through IL-2 receptors.
Teriflunamide decreases the response of B cells to IL-4. IL-10 and IL-11 secretion are also reduced.
Teriflunamide increases TGF-beta synthesis. This cytokine, in some cases, has a repressive effect on the immune system.
In an animal model, leflunomide has been reported to be protective against acetaminophen toxicity. This effect is exerted via the acetaminophen-induced activation of c-jun NH2-terminal kinase.
Potential side effects
Hypertension; It is estimated that teriflunamid is involved in the separation of NSAID from albumin and is associated with an increase in NSAID activity. A few patients develop HT.
Diarrhea and nausea can develop in 10-15% of patients.
It has been reported that up to 13% of patients can have up to 3 times more liver function tests. Patients who have had fatal liver damage have also been reported, although they generally respond well to dose reduction or drug withdrawal.
Leflunomide should not be used in patients with known liver disease, those with high liver function tests, those using other toxic drugs to liver, those with acute or chronic viral hepatitis, and those with autoimmune hepatitis.
KCFT should be checked very closely.
Leukopenia is rare.
Klinik pratikte Leflunomid, MTX ile kombine olarak daha çok kullanılır. Tek başına da kullanılabilir.


Although leflunomide is claimed to be associated with interstitial lung disease, this issue is still controversial.
Peripheral neuropathy is partially remedied by stopping the drug.
Rash and alopecia are not very serious (10-15%).
Leflunomide may increase the effectiveness of warfarin.
The use of this drug during pregnancy and lactation is contraindicated. 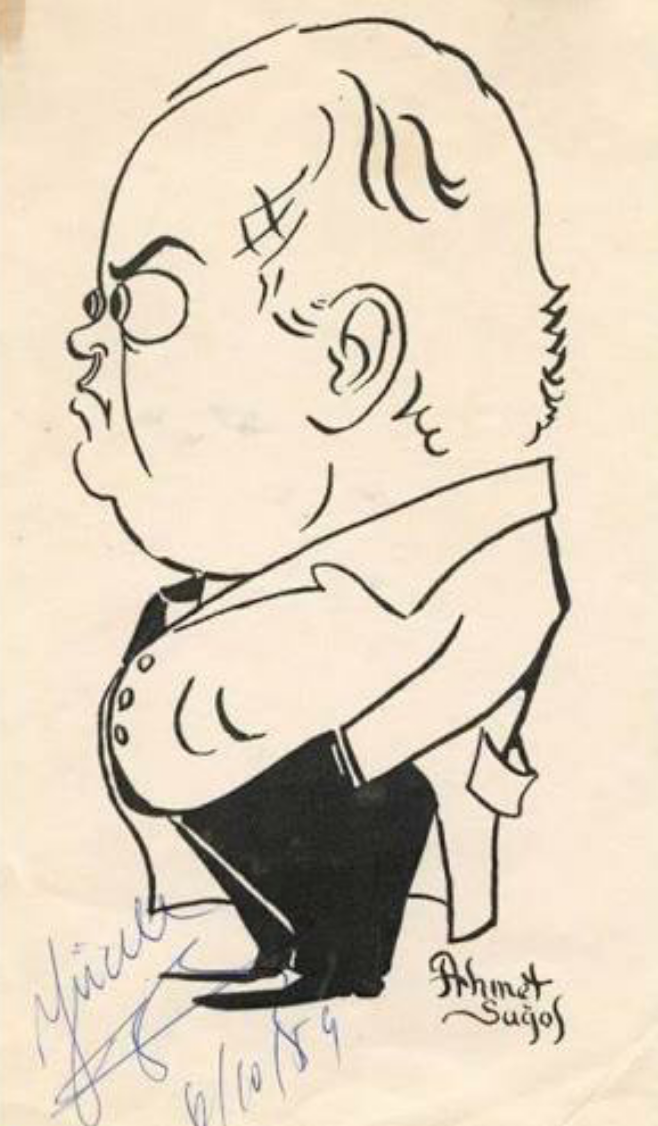